The SECC raises the bar - architectural competition for fourth tower 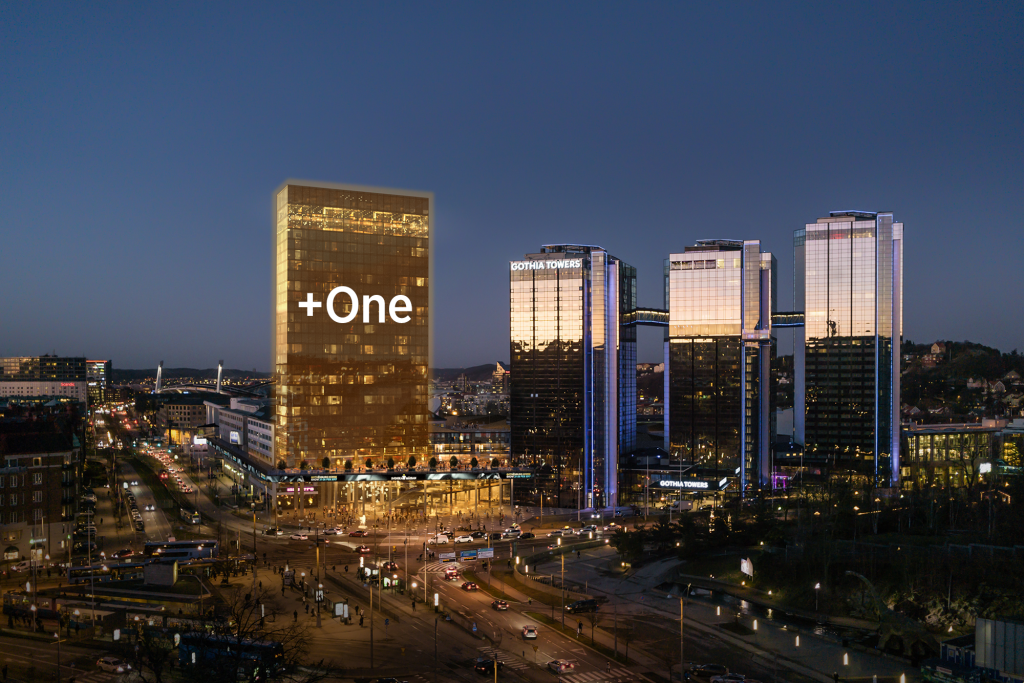 The fourth tower at the Swedish Exhibition & Congress Centre is moving closer to reality.  A conceptual design competition is being launched today to find the firm of architects that will help visualise Gothenburg’s new meetings hub.

In June, the Swedish Exhibition & Congress Centre Group received the go-ahead for their expansion plans, and they are now taking the next step. The project includes a new tower block and extension of the main entrance to the exhibition centre. The new building will also link directly to the new underground rail station at Korsvägen.

The project has been christened +One, in recognition that it will be an exciting addition to the three existing towers. The aim is to create a welcoming and inclusive meeting place that plays a natural part in the life of the city.

“We want residents and visitors from around the world to be greeted by the dynamic and inviting atmosphere that makes our meeting facilities special. The building should feel like a gateway to a vibrant, global meeting place. We want it to be exciting, embracing and international,” says Carin Kindbom, President and CEO of the Swedish Exhibition & Congress Centre Group.

The final look of the new tower and entrance has not yet been decided, and a conceptual design competition is being launched today through Architects Sweden that will welcome entries from Swedish and international architects.

Architectural firms now have a month to submit their expressions of interest. Four or five firms will then be asked to compete for the final contract to assist in shaping the extension to the Swedish Exhibition & Congress Centre and the urban space around Korsvägen.

“The assessment team includes representatives from the Swedish Exhibition & Congress Centre Foundation, the City of Gothenburg and Architects Sweden, and the selected entries will be announced in early January 2019,” says Joachim Hult, Real Estate Director at Gothia Towers. The winning proposal will then be announced in early June.

“We expect that +One will be taller than the existing three towers and will have a distinctive appearance. The aim is to come up with a design that enhances the appeal of the Swedish Exhibition & Congress Centre and adds new value to the city and Korsvägen,” says Carin Kindbom.

The new tower will provide around 400 hotel rooms, restaurants, meeting spaces and offices, and in combination with the new entrance will allow more visitors to be welcomed in the future. After completion the Swedish Exhibition & Congress Centre Group will be able to offer around 1,600 hotel rooms.

Detail planning work for +One will commence in 2020 and the new building and main entrance are expected to be completed in 2025.